Help for the Holidays

Holiday enthusiast Will Van Camp (Mason Cook) fears that his family has lost their Christmas spirit, so he sends a message to Santa pleading for his help. When Santa (Steve Larkin) hears of young Will’s plight he puts his finest elf, Christine (Summer Glau), on the job. After an intense training program Christine heads from the North Pole to the real world in order to help Will, his sister Ally (Izabela Vidovic), and his parents Sara (Eva La Rue) and Scott (Dan Gauthier) rediscover what it is to have a merry and family-oriented Christmas. The Van Camps own a year-round Christmas store called Holly Daze, thus making Christine believe that her mission will be as easy as cooking a Christmas goose. But to her dismay the store has taken all of the joy out of Christmas for the family. Sara and Scott are so busy with the store that they have forgotten important moments in their children’s lives, like Ally’s dance lessons and Will’s basketball games. With the help of Dave (John Brotherton), the children’s uncle, Christine inspires hope, infuses Christmas spirit and creates stability for Ally and Will. All the while she and Dave begin to form a budding romance. Christine teaches Sara and Scott how to open up to their children and find the balance between work and family life. Now Christine must make the ultimate choice – leave the North Pole forever and start a new life with Dave or continue on her mission to help families unite at Christmas time. 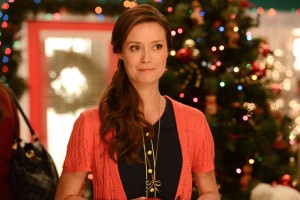 SUMMER GLAU (Christine) – Summer Glau was born in San Antonio, Texas, where she was raised by her contractor father and schoolteacher mother. Throughout her teenage years, Glau trained and performed as a dancer until a serious injury forced her to take time to heal. During this time, she discovered a love for acting and made the decision to move to LA to begin working steadily as an actor and dancer.

Glau’s first television credit was a guest role as a ballerina on the television series “Angel,” produced by Joss Whedon. Whedon was so impressed with the young actress’ debut performance that he later cast her in the lead role of River in his new series “Firefly” and subsequently in the Universal feature film “Serenity.”

Glau’s career has taken off since “Firefly,” working on various television series including “CSI: Crime Scene Investigation” and “Cold Case.” She has also recurred as Tess Doerner, a paranoid schizophrenic returnee in “The 4400” and on CBS’ “The Unit” as Crystal Burns. In addition to her television accomplishments, Glau can also be seen starring in the films “Mammoth” and “The Inititiation of Sarah.”

Glau’s most recent feats include a lead role on “The Cape,” comedic turns on “Chuck” and “The Big Bang Theory,” the upcoming feature film, “Knights of Badassdom,” starring Ryan Kwanten and Peter Dinklage, and a heavily featured guest star on SciFi Channel’s hit series “ALPHAS.” 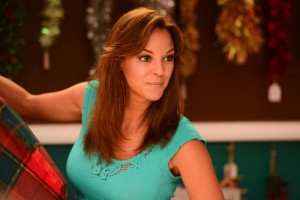 EVA LA RUE (Sara) – Eva La Rue starred for seven years as the vivacious and brilliant Natalia Boa Vista on the CBS primetime series “CSI:Miami.” La Rue portrayed this DNA Lab Specialist turned CSI with a knack for grant writing on one of the Most Watched TV Show in the World. TV Guide declared: “Natalia Boa Vista may be the sexiest federal grant writer television has ever had.”

Watch for La Rue this December in the Hallmark Channel original film, “Help For The Holidays” and on The Shopping Channel in Canada where she presents her Eva La Rue Fine Jewellery Line.

Presently, La Rue is the national spokesperson for the Beckstrand Cancer Foundation (www.beckstrand.org), a non-profit offering financial aid to those families with members battling cancer as well as offering college scholarships to students with cancer and survivors. In 2011, she will be seen in a major television and print PSA campaign for the Foundation.

La Rue earned an Emmy nomination and NAACP nomination for her long running portrayal of Dr. Maria Santos on the popular ABC daytime drama, “All My Children” where she played the quintessential heroine. For this role she also won the prestigious Gracie Award by the Foundation of American Women in Radio and Television as well as winning two highly-esteemed American Latino Media Association (ALMA) Awards. She received a second Emmy nomination for the song she co-wrote and performed on “All My Children” entitled “Dance Again With You.”

In addition, La Rue starred in the highly-rated Lifetime Network film, “Cries in the Dark” and she had a recurring role as George’s sister on the ABC hit show “The George Lopez Show.” Other TV credits include recurring roles on the NBC series “Third Watch” and Showtime Network’s “Soul Food” as well as starring roles in “Danielle Steele’s Remembrance” and “A Dream In A Wish Your Heart Makes: The Annette Funicello Story.”

While in Oregon, Brotherton was also no stranger to the stage, performing in productions of Into the Woods, Bye Bye Birdie, The Comedy of Errors, Henry V, The Merchant of Venice and Fool for Love, among many more.

In 2007, Brotherton also co-produced, wrote, directed and starred in the short film, “Smith and Mike on a Tuesday.”

Brotherton resides in LA with his wife and two daughters.